During the 1950s the epicentre of the global tea trade was London, with Plantation House in the East End serving as the home of the London Tea Auction. For Sri Lanka, London was a vital trading partner, because unless Ceylon tea was physically available in London the tea could not be traded, and the plantations back in Sri Lanka would suffer. Equally, as Sri Lanka represented the 2nd largest producer of black tea globally, maintaining supply was important to prevent a global shortage.

In 1958 a combination of a poorer than normal growing season and a strike over pay by the dockworkers at the main port in Colombo caused havoc in the local tea industry and prevented the tea estates from shipping tea to London. In a bid to rescue the sinking tea estates, The Colombo Tea Traders Association (CTTA) formulated a rescue plan. The Northern port of Trincomalee, which had been home to the British Royal Navy’s Southeast Asia Fleet, was a natural harbour and suitable for both the storage of tea and access by ocean-going ships. Within less than a fortnight, the industry had set up a basic, but effective, tea warehouse and started shipping tea chests. PMD Lorries loading at Brunswick Estate Maskeliya ahead of an Elephant run.

For PMD the move to Trincomalee created extra problems. The normal 140km journey from our hill country base of Maskeliya to Colombo was now a 250km expedition and the drive between Habarana and Trincomalee was a treacherous one owing to quite basic road conditions through the jungle. The jungle was the natural home to herds of elephants and lone male tusker elephants in a state of “musth”. “Musth” is a periodic condition that affects bull elephants during the mating season, and they become very aggressive. Tea lorries were not welcome by the elephants, and this posed a real risk for our drivers.This journey became known as theElephant Run. Chotta a former PMD Elephant runner with his Benz L312

After some frightening early encounters with herds and lone tuskers on the dark unlit roads, the decision was taken to fit the fleet with brighter headlamps along with powerful fog horns to scare away the “Jumbos”. The lamps and the horns stayed in place till well into the 1980s as Trincomalee remained a port for tea exports. Eventually, as the strikes came to an end in Colombo, normality resumed for London shipments. It is easy to forget the adversities and struggles that go into sourcing a cup of tea, from dangerous elephants to braving treacherous roads. The tea planters and experts alike are acutely aware that the world must keep sipping….one cup of tea at a time. 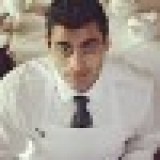