On a recent visit to Scotland I took some time from visiting our prestigious hotel customers  to camp and climb on the Isle of Skye. It always strikes me when in Scotland its similarities to the terrain of up-country Sri Lanka, although it does not clearly have the humidity or heat of a Sri Lankan jungle, even if it has many many midges !

Scotland and Sri Lanka have many connections. Tea is the world's second most consumed beverage after water and Scots have played an important part in establishing tea not just in Sri Lanka but across the globe. James Taylor who came from Laurencekirk in Kincardineshire just north of Edinburgh, planted the first tea plants in 1867, however Scots were on the island long before that. In the 1830's Sri Lanka was a coffee colony and many of the men who established this industry came from Scotland. The work was hard and they endured many hardships. Coffee had been grown in small holdings in Southern Sri Lanka, but it was significantly expanded in the central highlands by the British as they sold "crown lands" for pennies to anyone looking to make a fortune. In 1865 Sri Lanka had become the world’s largest coffee exporter however a coffee blight, known as Hemelia Vestratrix, swept across the island decimating the coffee crop. This wrecked the fortunes of many who had put their lives into building the industry. Men like Taylor, began experimenting with Tea and soon the coffee estates were being up rooted and being planted with tea bushes. One of the first Scotsmen to make his way up to the jungle-clad slopes surrounding Maskeliya’s Adams Peak, was James Fettes Moir. He, along with his three brothers and two cousins, James Taylor of Loolecondra estate and Henry Stiven of Ancoombra, all came from Laurencekirk and its immediate vicinity. In 1869 Moir purchased 315 acres of land to form Tarf Coffee estate. Tarf was later amalgamated to form the Brownlow estate in Maskeliya. As a child visiting Scotland for holidays, I always thought that these men came to Sri Lanka to get away from the cold and wet weather. However later I learnt that it was because of Scotland’s excellent education system. It provided a well-stocked talent pool of educated men who were keen to travel.

Today many estates around the island still have the original tea plants planted by the estate pioneers. These seedling bushes are well over 100 years old. Their tap roots boa-ring deep down and touching terroir's and flavours that VP (vegatively propagated) or more recently planted seedling bushes won't be able to produce.
When we speak of single estate teas having their own signature flavour, a large part of that unique signature taste comes from the seedling (SD) bushes that remain on the estates. Usually most estates will keep a 60-40 split between VP to SD tea bushes.

So next time you pour a pot of our tea, think about the Scotsmen who were instrumental in creating the industry so many years ago. 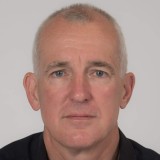